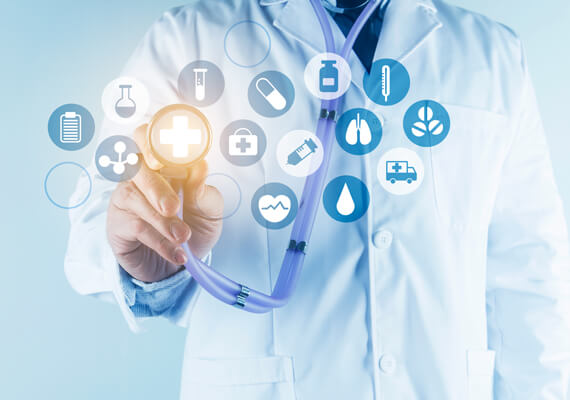 Doctor, help! Is my rash an STD?

During the adolescent years, boys and girls observe changes occurring in the physical appearance. They alsoexperience some strange feelings in their body, particularly over the genital areas. The brain, influenced by the effect of sex hormones, makes the young person aware of the changes in his or her body and there develops a natural interest in knowing about the opposite sex. The nipples, breasts and the clitoris develop in women which develop greater sensitivity as compared to other parts of the body. Likewise the penis in the young man starts getting engorged during certain situations or with specific thoughts. Young women start feeling wetness in their vagina during states of sexual arousal.

During such a situation, it is only natural for the youth to stimulate these areas of the body and experience the excitement. Once the child is out school and enters the big, wide world on their own, they get an opportunity to mingle freely with members of the opposite sex. While the majority of youth retain control over their sexual habits, some others explore opportunities to fulfil their desires along with their boyfriends or girlfriends. Still others seek ‘professionals’ who supply sexual pleasure at a price.

Cultural upheaval
Until the middle of the 20th century, practising sex before marriage or outside marriage used to be taboo in most developing countries of the world. Today things have changed, even in conservative nations like India. A large number of people across the globe try to satisfy their sexual urge through fleeting sexual encounters. In some cases the partner may be an old flame or in others it may be a case of paid sex.

With the national economy opening up and international travel become relatively cheap, tourism has got a major boost. Indians are travelling abroad in large numbers and many expatriates have obtained employment in the country. The electronic media coverage has exploded manifold and western serials are telecast regularly on Indian television channels. The MTV generation finds nothing wrong in free mingling of the sexes. As a result there has been a merging of eastern and western cultures contributing to an increase in promiscuous behavior. A trip to Thailand or Malaysia is incomplete without visiting a massage parlour, for most bachelors. As everyone is aware, such a massage in most cases is more than just that!

All these factors have encouraged sexual interaction between the sexes. Gay sex is also permitted by many countries across the globe. In India, the courts have ruled in favour of gay behavior as an altered form of sexual expression rather than a deviation.

Common complaints
Both young men and women have a variety of complaints after one or more episodes of sexual intercourse. The common complaints are of burning and discharge from the urinary or vaginal passage, redness on the penis, small itchy eruptions on the private parts or the pubic region etc. Others complain of ulcers or wounds on the genitals. Tiny eruptions which bleed on touch are also occasional complaints.

Sometimes, the patient may complain of itching all over the body or it may be restricted to the thighs and groin areas. Eruptions may also occur on the lips, mouth, tongue etc. due to oral sex practices.

Anxiety
Young men and women often visit sexologists to find out if they have a sexually transmitted disease(STD) soon after a sexual encounter. For every one who indulges in high-risk sexual behavior, the number one cause of anxiety is the fear of getting HIV. Herpes is another infection which brings hordes of anxious young men to the doctor.

People become more observant of their genitals after an extramarital sexual encounter and minor alterations which were hitherto unseen become a source of stress.

Ready reckoner
Although STDs can occur without any specific signs in the early days following sexual contact, a common list of symptoms and signs is listed in Table 1. The complaints may appear either within 24 hours after the exposure to infection or it could take upto three months. Minor irritation by friction will appear shortly and disappear without any treatment.

Overuse of antiseptic lotions and creams may cause irritation if it is rubbed vigorously on the delicate genital skin.

The list should only be taken as a guideline and is not meant to avoid a professional consultation with a sexologist or venereologist. STDs like HIV and syphilis can exist in the absence of any of these signs and symptoms.

What to do?
In case any of the symptoms are noticed, there is no need to panic. Firstly, remember that the condition may just be a minor allergic reaction and not necessarily an STD. Secondly, it is wiser to consult a physician and get proper attention rather than get misguided by Google search or some ‘friendly’ advice. Lastly, and most importantly, avoid making the same mistake again! Many people are in a state of panic for several months after that transitory moment of fun.

Prevention
Avoiding sexual intercourse with someone whose background is not well known is the safest option to prevent a sexually transmitted disease. If that is not likely, choose the next option: use a condom, right at the beginning of sex. Once intercourse is over, check that the condom has not slipped off or got torn. Wash yourself thoroughly after the act.

Do not rely on quacks who will frighten you and cheat you into taking a long treatment which is expensive. Relying on internet is not a smart idea as the information given may be too general and not necessarily applicable to you. The author has come across many people who are in depression after reading articles on the web which are not applicable to their condition. By the time the patient understands that there is no disease, a lot of money has been spent and they have spent sleepless nights with thoughts of ending their life.

For those who cannot visit private clinics or doctors, the skin and STD department of most government hospitals have doctors who provide free treatment. Charitable hospitals in the locality can be sought for getting tests done at a lower cost than at private pathology laboratories.

Finally, the most important aspect of STD prevention is empowering oneself with accurate knowledge. Increase your own knowledge and spread the good news to your friends.